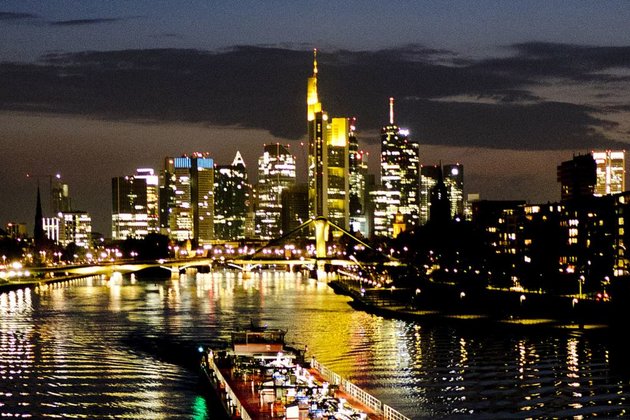 FRANKFURT, GERMANY - An index of German business optimism fell in April as Europes largest economy struggles with a slowdown in trade and manufacturing even as it finds support from a strong labor market.

The Ifo institute said Wednesday its business climate index slipped to 99.2 points from 99.7 points in March, indicating managers were less satisfied with both the current situation and the outlook for the future.

The survey was worse than forecast by market analysts, who had predicted a slight increase.

This is consistent with our view that Germanys economy is likely to grow at a very anemic pace this year, even if there is a slight pickup in growth in the first quarter, said Andrew Kenningham, chief Europe economist at Capital Economics.

Germans economy endured flat growth at the end of last year despite low unemployment that has helped keep consumers spending. The jobless rate was only 3.1 percent in February. The slowdown was blamed on one-time factors such as troubles in the auto industry over new emissions standards and low river levels that disrupted production. Slowing global trade has held back export-oriented manufacturing.

The government on April 17 cut its growth forecast for the full year to 0.5 percent.

A less pessimistic view was taken by Carsten Brzeski, chief economist at ING Germany. He said the picture in industry was not as disastrous as some recent data would indicate. Recent zig-zagging of indicators should be seen as evidence of a bottoming out confusion as a sign of stabilization, he wrote in an email.