Orders coming in for 'Khukri' knives from US: Dehradun-based store 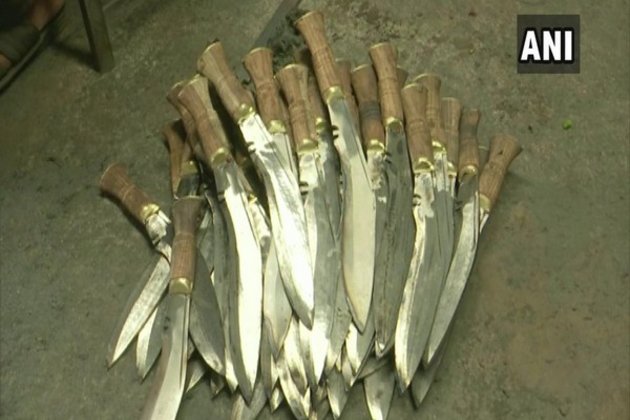 Dehradun (Uttarakhand) [India], Apr 25 (ANI): A shop in Uttrakhand's Dehradun, which claims to have been supplying the indigenously made curved 'khukri' knife to the Indian Army for over four decades says now orders are now coming in from other countries such as the US.

Recently a marine commando of the US Army placed orders for the 60 khukris, says Vikas, the owner of the 'Satish Khukri' in Dehradun's Dakra Bazar that stocks handcrafted Khukris.

"Nepali Khukri is durable. We get orders from the Indian Army, so we make Khukris for our jawans" says Vikas.

"We used to supply outside India too but there was an issue of middlemen. A marine commando of the US Army recently placed an order for 60 Khukri. 10 years ago we had 15 to 20 workers but today it is tough to get even five. Ninety-eight per cent of khukris today are made by machines," says Vikas.

Abdul Sadiq, a craftsman who has been crafting the weapon, which is known for its sharp blade and short handle, for last 40 years said that he is proud of his profession.