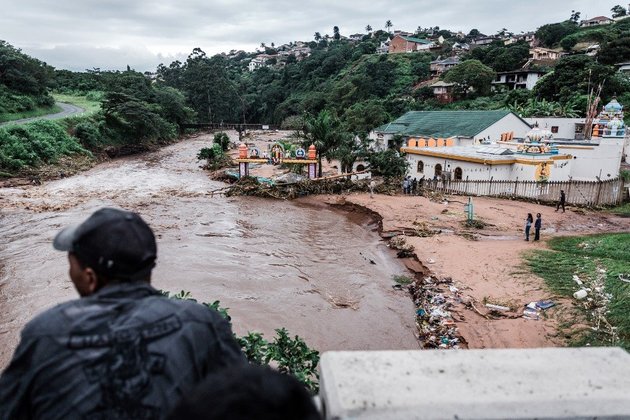 The death toll in KwaZulu-Natal as a result of heavy rains and flooding this week has risen to 70, acting Premier Sihle Zikalala announced on Thursday morning.

At a media briefing on Thursday, Zikalala began by thanking government, communities and all those who have offered support in the aftermath of the devastating floods.

"We are quite devastated by the growing number of fatalities. We are told that the number is now getting around 70, but final figures will be released during the day," he said.

"It is a situation that is worrying, but as government, we will be working to ensure that we prepare assistance for all those who have been affected, particularly those who are now displaced."

Zikalala said government would coordinate efforts to ensure shelter, clothing and any other essentials they may need currently. He added that government would be working with family members who had lost loved ones to ensure that they receive dignified send-offs.

Ramaphosa has also undertaken to visit the Eastern Cape town of Port St Johns in the next few days to assess the situation there.

During his visit, Ramaphosa conveyed his condolences to the families that lost loved ones. He also announced that emergency relief funds are available and will be allocated to assist affected communities.

Cooperative Governance and Traditional Affairs Minister, Zweli Mkhize said his department will continue to coordinate all role-players in order to respond rapidly to the incident in KZN.

"Government is also paying attention on other provinces that are experiencing the same challenges."