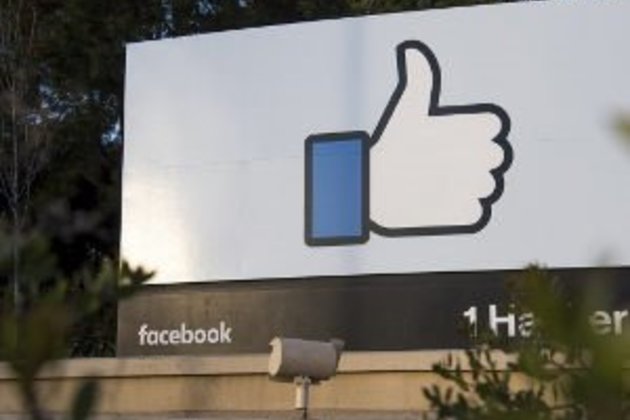 Facebook's shares surged in late trading after the largest social-media company posted robust quarterly sales growth and signalled it may be close to resolving a US privacy investigation, easing investor concerns about the impact of regulatory threats.

The company also said it set aside $3 billion in the quarter related to an inquiry by the US Federal Trade Commission. The FTC has been in discussions with Facebook over potential violations related to a 2011 consent decree in the wake of privacy missteps. Facebook estimated the loss related to any settlement could be as high as $5 billion.

The better-than-expected revenue indicates that users and advertisers haven't been turned off by a series of privacy breaches, scandals and questions about the company's influence on political discourse. Facebook's business has remained resilient mostly on the strength of its sprawling network of 2.7 billion average monthly users and its ability to let marketers precisely target them with ads.

"Advertisers continue to be stuck on Facebook, despite its many challenges," EMarketer analyst Debra Aho Williamson wrote in a note following the report. "What they care most about is its vast user base and its targeting capabilities."

The company's sales gains are increasingly being driven by photo-sharing app Instagram and advertising in its Stories feature, a Snapchat copycat. Facebook also recently started testing an e-commerce product called Checkout, allowing people to buy products within Instagram, another potential source of revenue via the fast-growing app.

On a conference call Wednesday following the report, Chief Operating Officer Sheryl Sandberg said more than half a billion people use each of the three Stories products daily and 3 million advertisers utilise the feature across the network, adding that "we're definitely seeing a lot of value for businesses on Instagram, and we believe the same on Facebook."

In the first quarter, the average price for ads declined, partly because more ads were being served for features like Stories, which have lower prices than conventional Facebook and Instagram feed ads, according to Chief Financial Officer David Wehner.

Excluding the legal costs set aside for the investigation, profit was $1.89 a share, topping the average analyst estimate of $1.62. Shares surged as much as 11% in extended trading.

Facebook noted that "there can be no assurance as to the timing or the terms of any final outcome" in regards to the FTC investigation. But even a fine of $5 billion would likely be manageable for Facebook, which had $45.2 billion in cash and equivalents at the end of the recent quarter.

Still, Aho Williamson said advertisers should pay attention to further developments in the company's talks with the FTC, especially the potential for any agreement to include changes to the way the company does business. "This is a significant development, and any settlement with the FTC may impact the ways advertisers can use the platform in the future," she wrote.

The company has come under intense scrutiny over the past several years for the amount of personal information it collects from users, as well as how it safeguards and shares that data. Since reports in March 2018 that it allowed the personal details of tens of millions of users to be shared with political consultancy Cambridge Analytica, Facebook has been the subject of probes by governments around the world.

Earlier this month, the company faced fresh criticism for taking too long to remove a live video of a mass shooting in New Zealand.

Seeking to stem the tide of criticism, co-founder and CEO Mark Zuckerberg recently called for new global regulations governing the internet, recommending governments come up with rules on hateful and violent content, election integrity, privacy and data portability. His statements came after Democratic US presidential candidate Elizabeth Warren, a Massachusetts senator, urged the breakup of Facebook and other internet companies. She said the businesses have amassed too much power and are damaging the economy and American democracy.

In March, Zuckerberg announced that Facebook is undertaking a massive overhaul to focus on private, ephemeral and encrypted communication, saying that more people want to interact privately or in more intimate groups - rather than the open-sharing model he built the company around. It's not yet clear what the impact will be on advertisers.

The company also aims to integrate Facebook's different online properties, allowing users to send messages between WhatsApp, Instagram and Facebook Messenger. Critics argue that this move would make it harder for regulators to split up the company.

On the call Wednesday, Zuckerberg reiterated that Facebook is focused on building a platform centered around privacy, which he said would alleviate users' fears around privacy or their posts coming back to hurt them later. He added that Facebook doesn't know exactly how this shift will affect the business, but he's confident encryption won't have a big impact.

"There needs to continue to be both the digital town square and and the digital living room," Zuckerberg said. "We understand regulation may hurt our business but we think it's right."