How the Prince of Siam secretly married a Russian woman 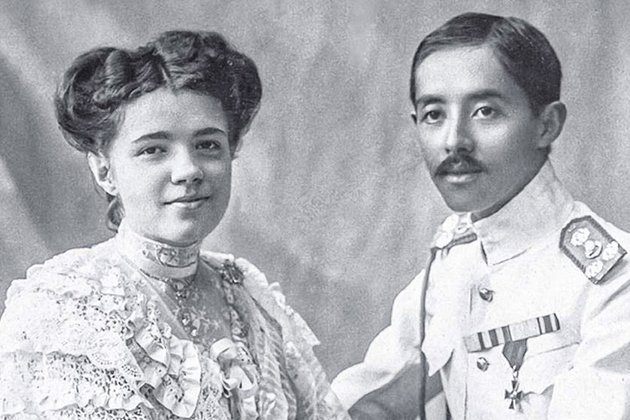 They met at the turn of the 20th century and, by the accepted norms of the day, were not supposed to be together. But their forbidden love withstood all - well, almost all - tests.

This love story is like a fairy tale. An Oriental prince met a modest orphaned girl and fell in love at first sight. He went against centuries-old traditions, married her, and, not afraid of the wrath of his father the king, brought her to his country.

A no small part in this love story was played by the last Russian tsar, Nicholas II. While still heir to the throne, in the early 1890s, he went on a grand tour of the East (and was nearly killed in Japan), and which included a visit to Siam, present-day Thailand.

In 1897, the Siamese king paid a return visit to Nicholas, who was already emperor. The two rulers established official diplomatic relations between their countries, and Nicholas even invited King Rama to send one of his sons to study in Russia. 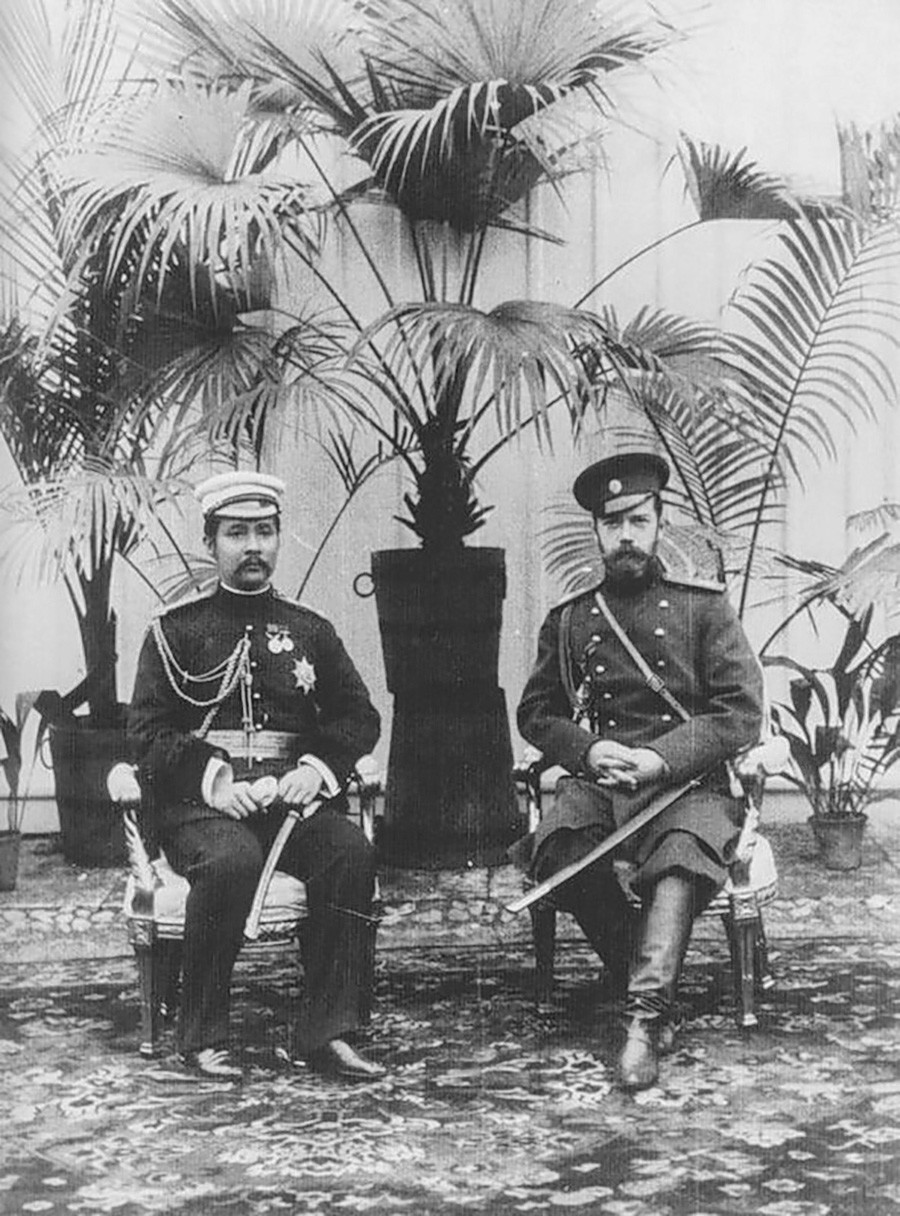 Thus, a year later, the king's second and favorite son, Chakrabongse, arrived in St. Petersburg. He had already studied in England and even knew a bit of Russian. Nicholas II paid for the prince's education, enrolled him at the Page Corps that trained sons of the nobility, and let him live in the Winter Palace.

Chakrabongse did well in his studies and received an excellent military education. After graduation in 1901, he joined a Hussar regiment. In addition to his studies, the young prince managed to find time for having fun, which involved playing cards and drinking wine. 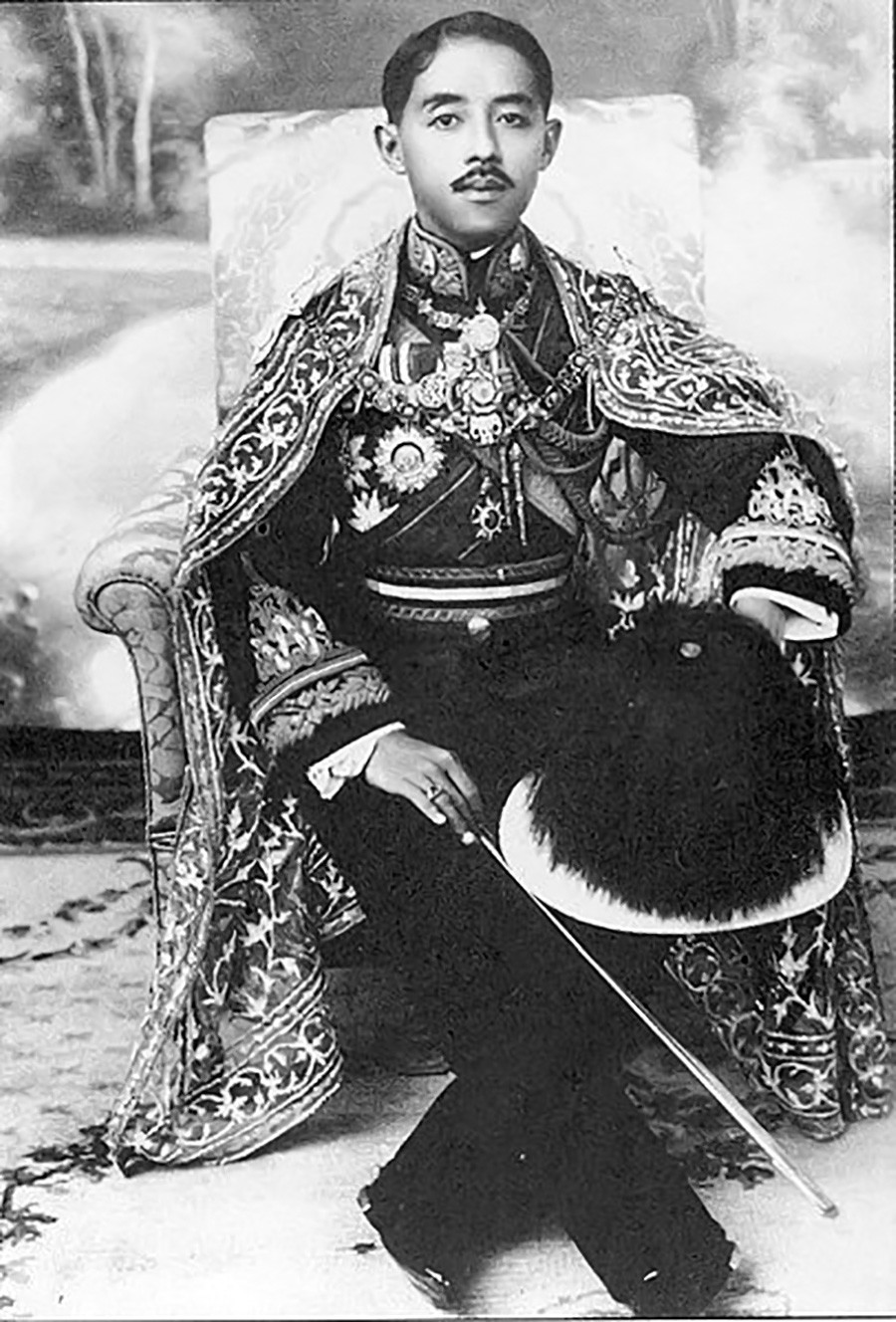 Soon, however, he tired of cards, wine and women, and at the invitation of a Russian friend he began to visit gatherings for intellectual young people organised by the friend's relative, a colonel's widow. At one of those evenings a bored Chakrabongse met the white-skinned and red-haired Yekaterina Desnitskaya and could not forget her.

Yekaterina grew up in Kiev and became an orphan at a young age. She was 16 when her mother died, while her father passed away when she was just two, so she had no recollection of him. Her father had been a self-made man: he received a university degree, worked as a lawyer in court, and at the end of his life received quite a senior post - a member of the Kiev District Court of Justice, which came with a title. 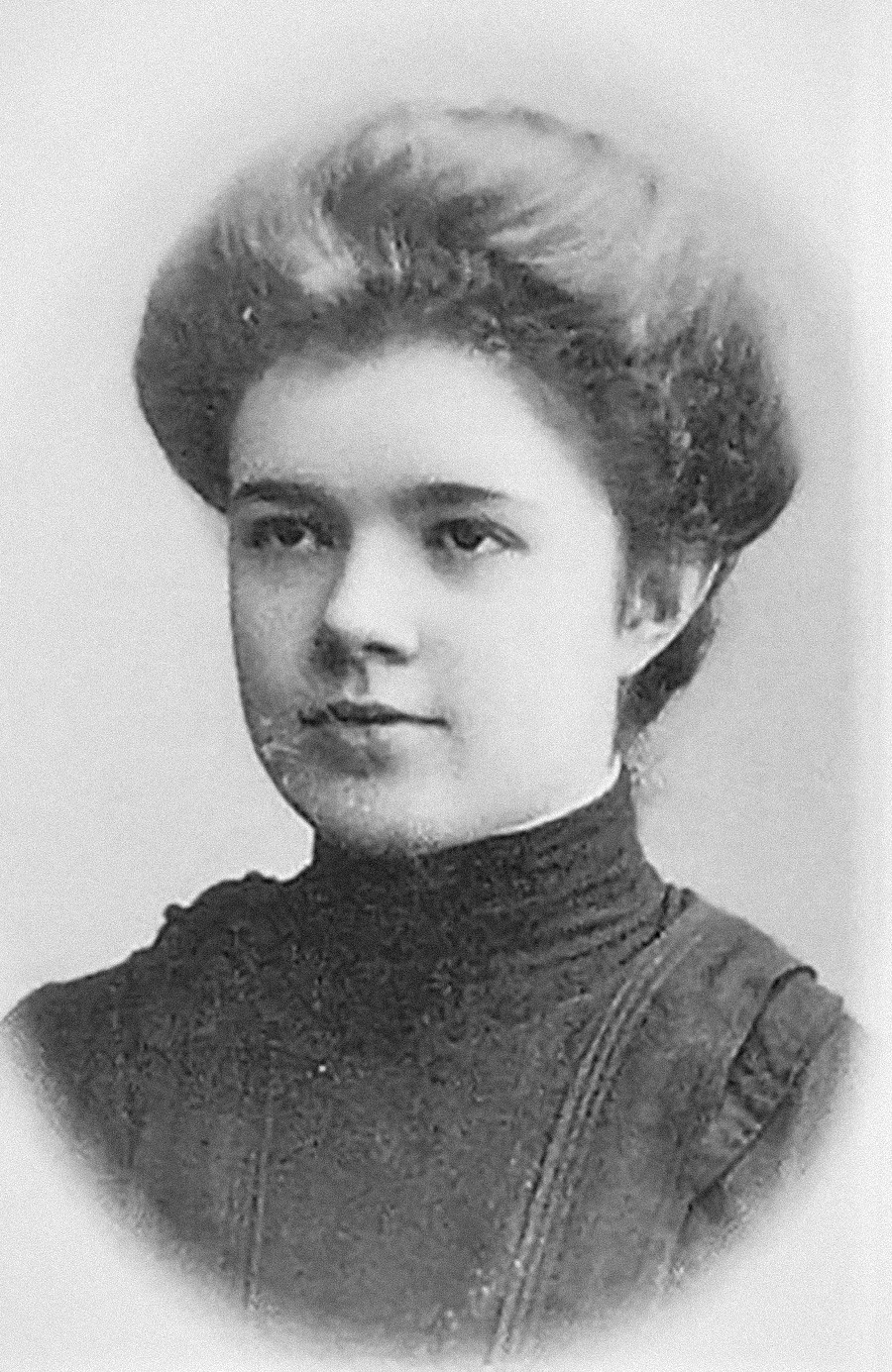 Ivan went to study at St. Petersburg University, and when their mother died in 1903, Yekaterina joined him in the capital, where she trained as a nurse. The First World War, which brought nurses' heroism to the forefront, was still many years away, so at the time nursing was a rare occupation for a young woman to choose. When she met the Siamese prince, Yekaterina was just about to sign up as a nurse to go to the Russian-Japanese war. Although he was worried for her, he waited for Yekaterina's return.

We know the details of this incredible story thanks to the book, Katya and the Prince of Siam, which was written by the prince and Yekaterina's granddaughter Narisa Chakrabongse in collaboration with her aunt, writer Eileen Hunter. They studied the family archive, Yekaterina's and Chakrabongse's letters and diaries, and told the world about their romance. 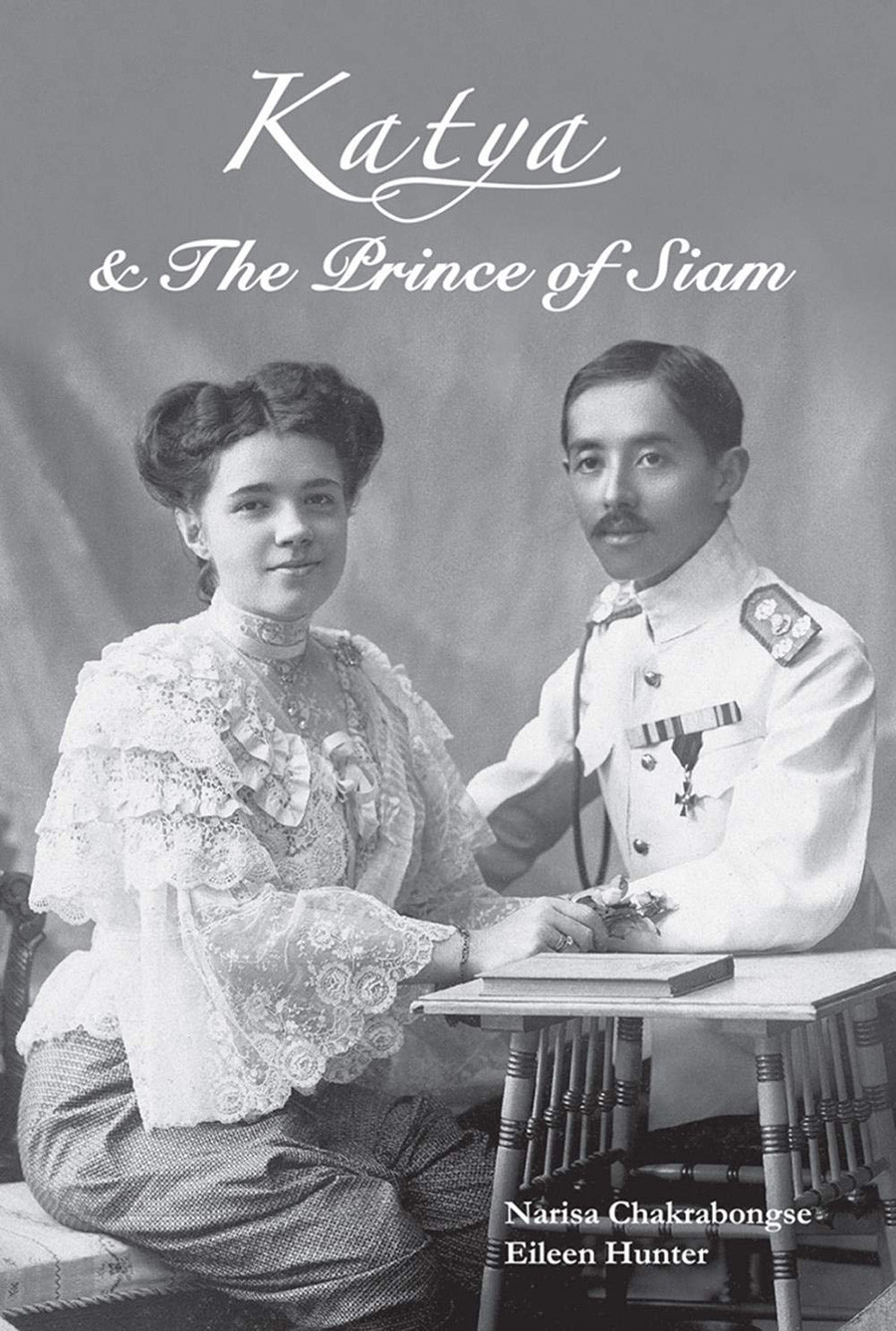 When Yekaterina returned from the war, Chakrabongse began to court her and in the end won her love. He decided to marry her, although he realized that his family would not approve of his choice - a white foreigner would not be welcome in the Siam royal family.

The prince kept his intentions secret even from Nicholas II, fearing that the Russian tsar would simply not let the young woman out of the country. "So they left Russia by themselves and in secret," says their granddaughter Narisa Chakrabongse.

Yekaterina wrote to her brother: "It is impossible to love, understand and respect each other more." The brother blessed the marriage, but got Chakrabongse to promise that they would have a church wedding. So the prince took his bride to Constantinople, where Chakrabongse himself converted to the Orthodox faith, and they got married.

In Siam, Chakrabongse actively helped his father, consulting him on military matters, which he had studied in Russia (he even carried out several army reforms based on the Russian model). Whereas his Russian wife had to spend most of her time locked up in their palace. She was not welcome at the court or anywhere else. But Yekaterina did not lose heart: she furnished their house, ran the household and diligently studied the Thai language - the only route that could help her enter the family. In the end, the Queen Mother was informed of the positive qualities of her daughter-in-law. She asked Chakrabongse to have his Russian wife dressed in Siamese fashion and even came to visit Yekaterina. 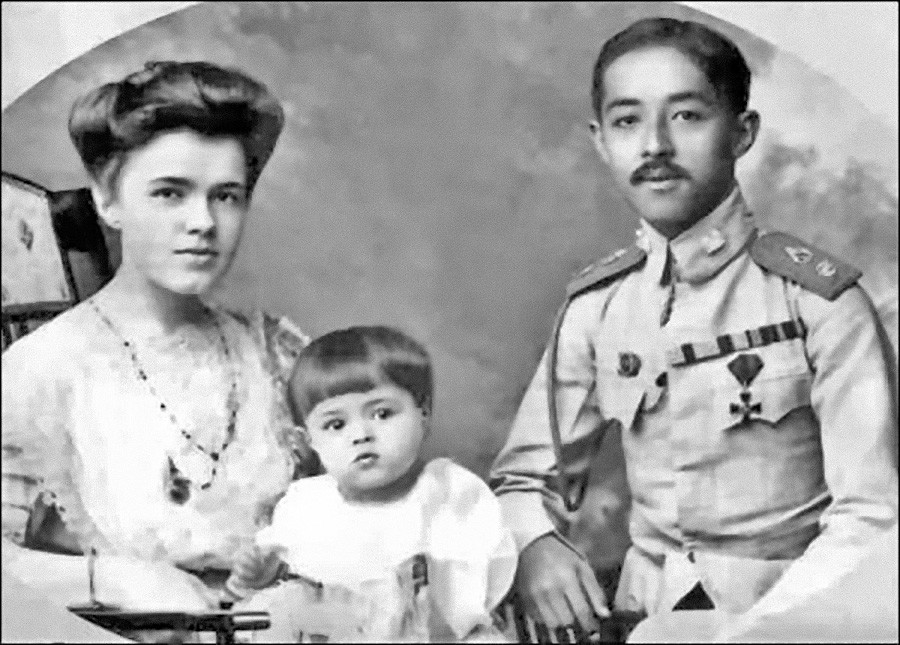 Prince Chakrabongse, his wife Katya and their son Chula

The king first met his daughter-in-law only when her and Chakrabongse's son Chula was already two years old. Soon the king died and the throne went to Chakrabongse's elder brother. Only then, the prince's marriage to a foreign woman was recognized and Yekaterina was granted the title of duchess.

During the First World War, Chakrabongse began to devote even more of his time to military matters, while Yekaterina was worried for her native country, especially when, in 1917, disturbing news about the revolution and the Civil War began to come from Russia. Relations between them strained, which was not helped when Chakrabongse, who had until then been monogamous, decided to follow the Siamese tradition and take a second wife. Yekaterina was not prepared to accept such humiliation. She demanded a divorce and left for China, where her brother Ivan had fled during the Civil War. In 1920, Chakrabongse caught a bad cold and died before getting married for a second time.

Descendants of the Siamese prince and his Russian wife 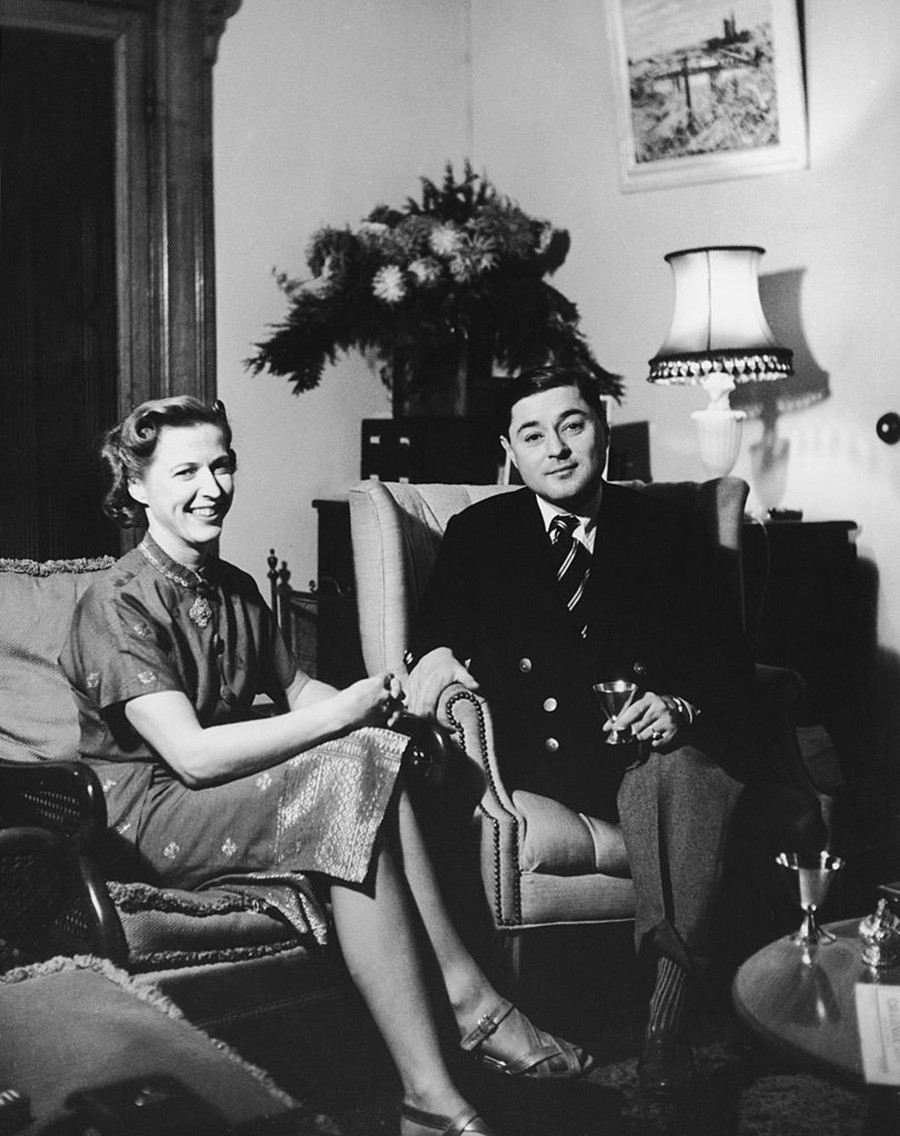 Prince Chula Chakrabongse with his wife Elizabeth at their home in Cornwall, circa 1952

In China, Yekaterina married an American and later they went to live in Paris. Her son Chula had remained behind to be raised in the Siamese royal family. Later, he, like his father before him, was sent to study in England. And he too, like his father, married against the will of his family. His bride was an Englishwoman, Elizabeth Hunter. Chula developed an interest in motorsport and decided to stay in England. He became a historian and wrote several books about the Chakri dynasty (which rules Thailand still).

Their daughter Narisa (author of the book) lives between two cities - Bangkok and London - spending a lot of time at the Thai royal court. She is fluent in Thai and English, but not so in Russian, whose conjugations and declensions proved a struggle although she had traveled a lot in Russia and even took a trip on the famous Trans-Siberian Railway, discussing Tolstoy and Dostoevsky with a train attendant.

Narisa saw her Russian grandmother only once, when she was little. Narisa's son, Hugo, is a famous musician.