Which countries does Russia supply Sputnik V to (GRAPHICS) 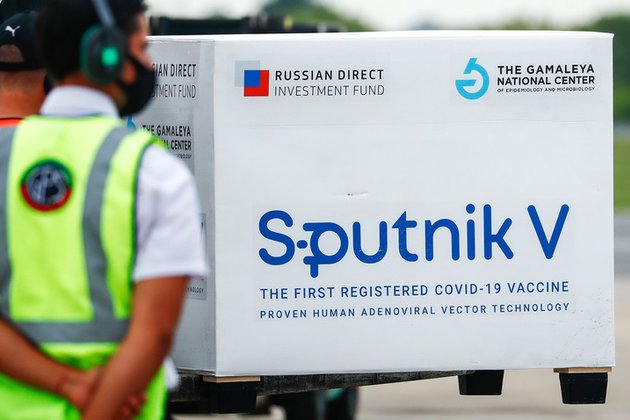 The Russian vaccine is in great demand, as it is being supplied to 46 countries. We have examined where millions of doses are delivered to.

The first registered vaccine against Covid-19, Russia's Sputnik V, has become one of the most sought after in the world. While the European and American regulators refuse to approve it, orders for Sputnik V are pouring in from developing countries. At present, the vaccine has been approved in about 70 countries, with more than half of them having signed supply contracts with Russia. 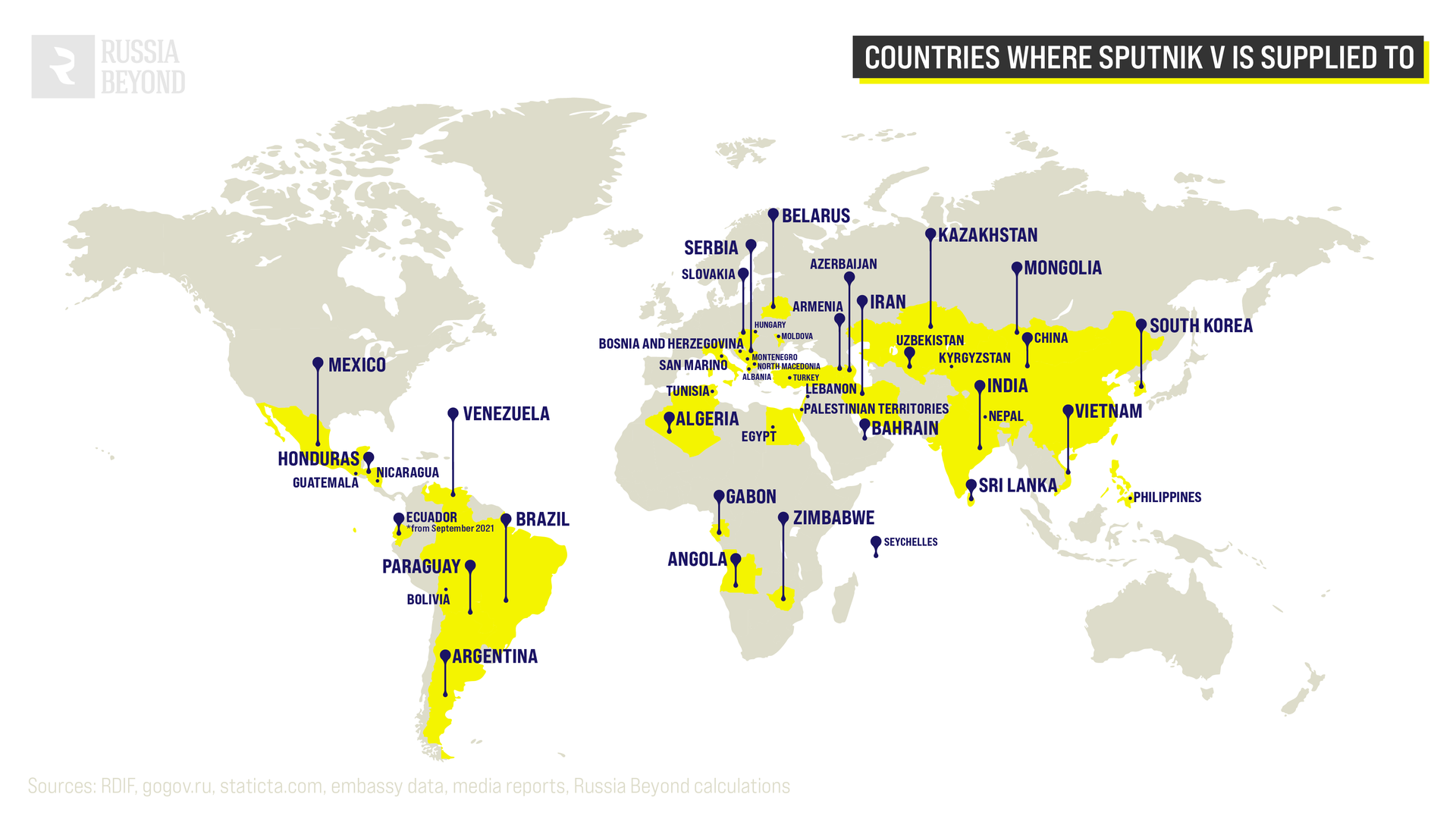 At the same time, information on Russia's supplies of its vaccine abroad is not publicly available and details of the contracts have not been disclosed. Data can be gleaned only indirectly, from communications by the Russian Direct Investment Fund (RDIF), which financed the development of Sputnik V and is responsible for its marketing abroad, and from media statements by embassies and officials.

As of July 16, Russia Beyond managed to find reports about contracts for the supply of Sputnik V to 46 countries, with the amounts ranging from tens of thousands to tens of millions of doses. Here are the world's biggest buyers of Sputnik V: 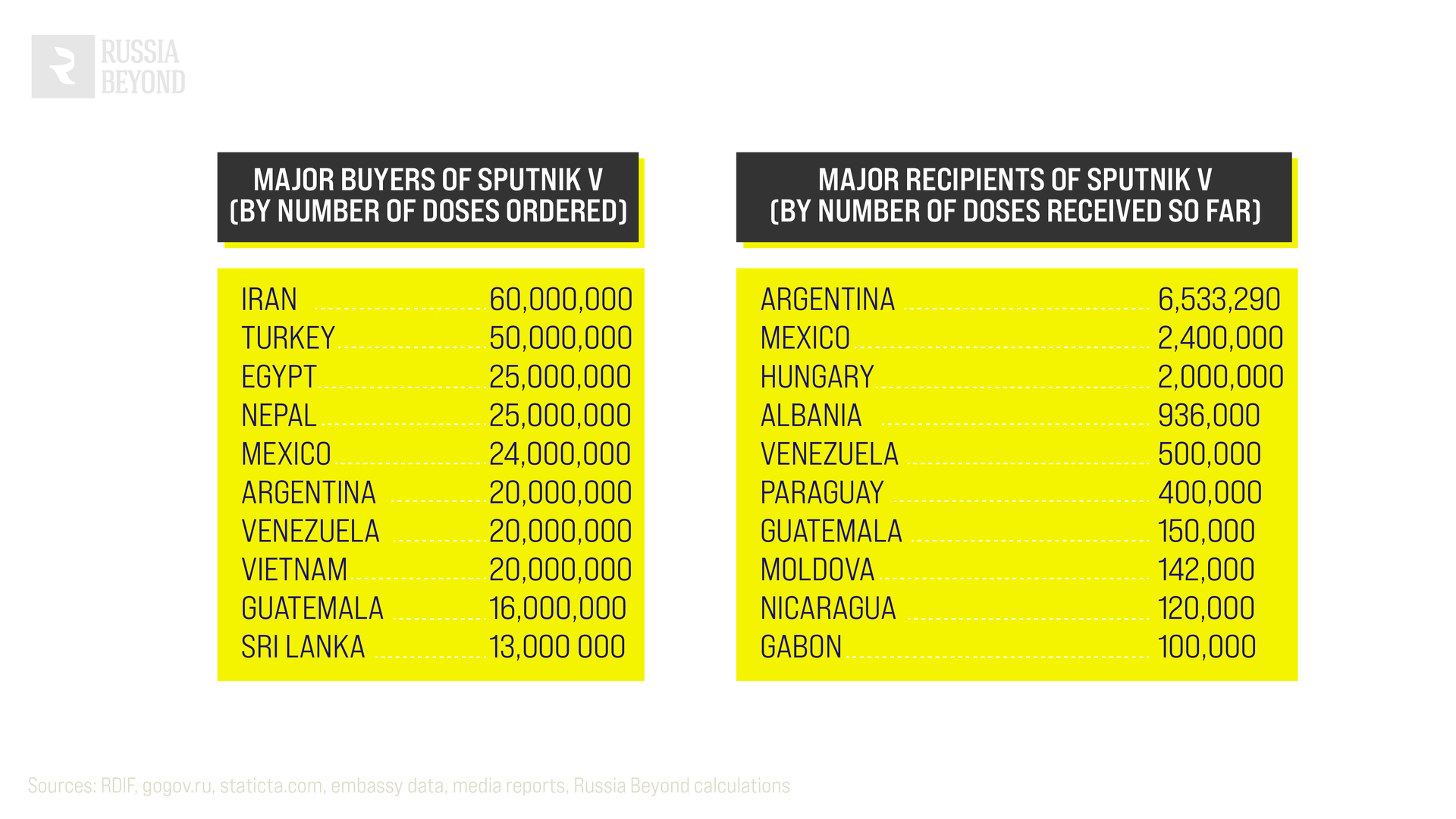 So far, most of the states with which contracts have been signed have received only a fraction of the planned amounts. The biggest number of doses has been supplied to Argentina, which has received at least 33 percent of its entire order, in 15 tranches: the first was dispatched in late December, the latest on June 30.

Overall, the RDIF plans to supply 896 million doses of Sputnik V abroad this year. However, the latest calculations by the media and research companies have shown that, so far, Russia has supplied about 17 million doses of Sputnik V to other countries, or just 1.8 percent of the stated plan. How many of them were the first component of the vaccine and how many the second is, in the majority of cases, not specified. 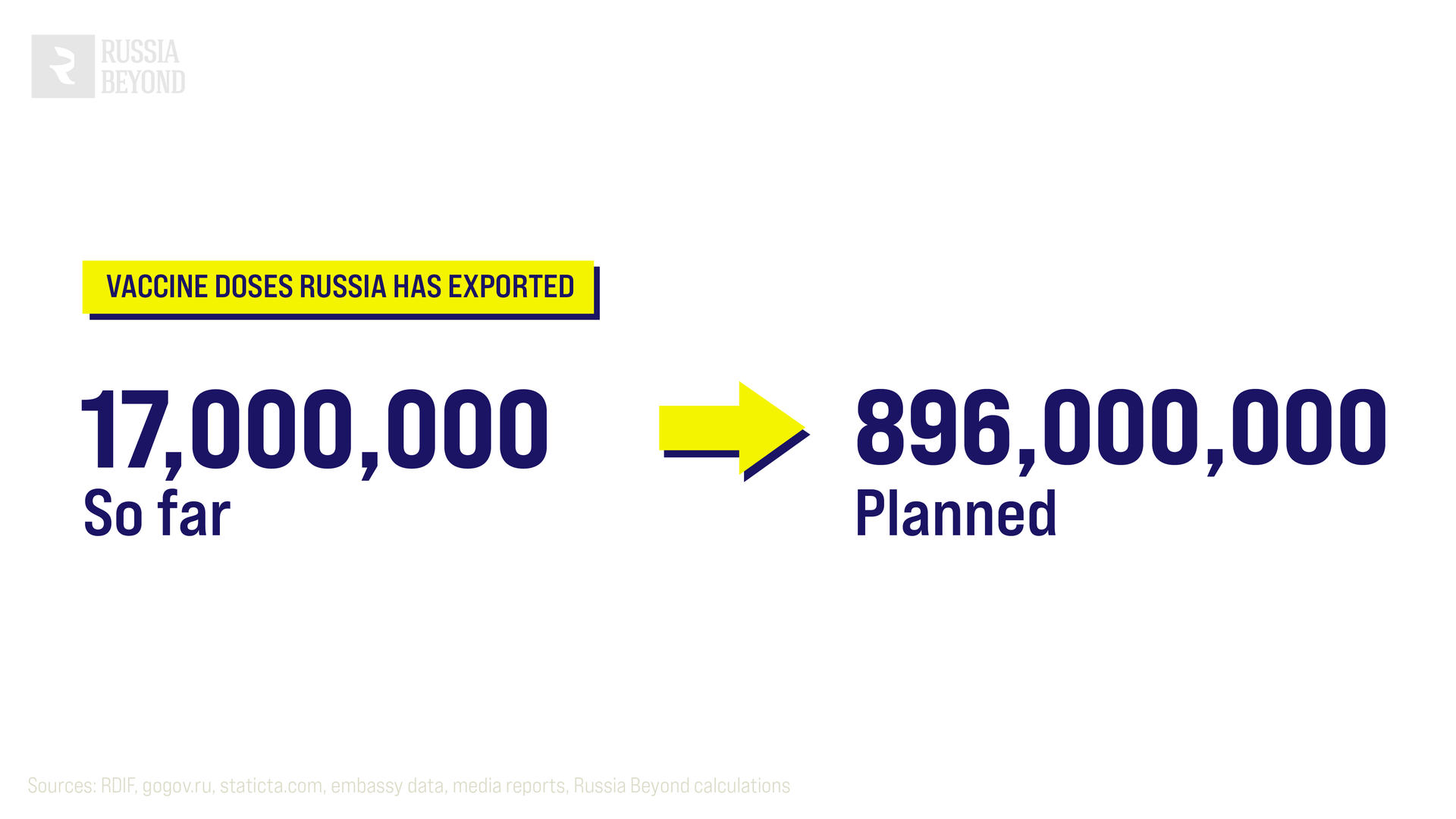 Several states have already complained about delays in deliveries. For example, on June 30, Guatemala demanded that Russia return the money it had received for the vaccine: Guatemala had shelled out $79 million as a 50-percent advance payment for 16 million doses of Sputnik V. In reality, however, the Latin American country has, so far, received only 150,000 doses of the Russian vaccine, i.e. just 1.87 percent of the promised batch. "We are asking ... for a refund. If, at some point, they have the opportunity to sell [the vaccine], we will pay for it upon delivery," said Guatemala Health Minister Maria Amelia Flores.

However, the RDIF insists that everything is going according to plan and that all obligations will be met. A boost in export deliveries is expected, first of all, once Russia has completely satisfied domestic demand and frees up production capacities. Until this happens, the RDIF explains, the domestic market remains a priority. "Russian [production] sites will too start switching to export supplies, but only when mass vaccination in Russia is completed," RDIF CEO Kirill Dmitriev said. To date, almost 51 million Covid-19 jabs have been administered in Russia.

Another element is production in other countries. Russia will physically not be able to meet export demand in Sputnik V by concentrating all production inside the country. That is why it has chosen a different path - to sell licenses for the production of its vaccine. This way, it will not have to spend money on building factories and on logistics, according to Nikolay Bespalov, development director at the RNC-pharma research company. It is through this mechanism that Russia plans to meet its obligations. 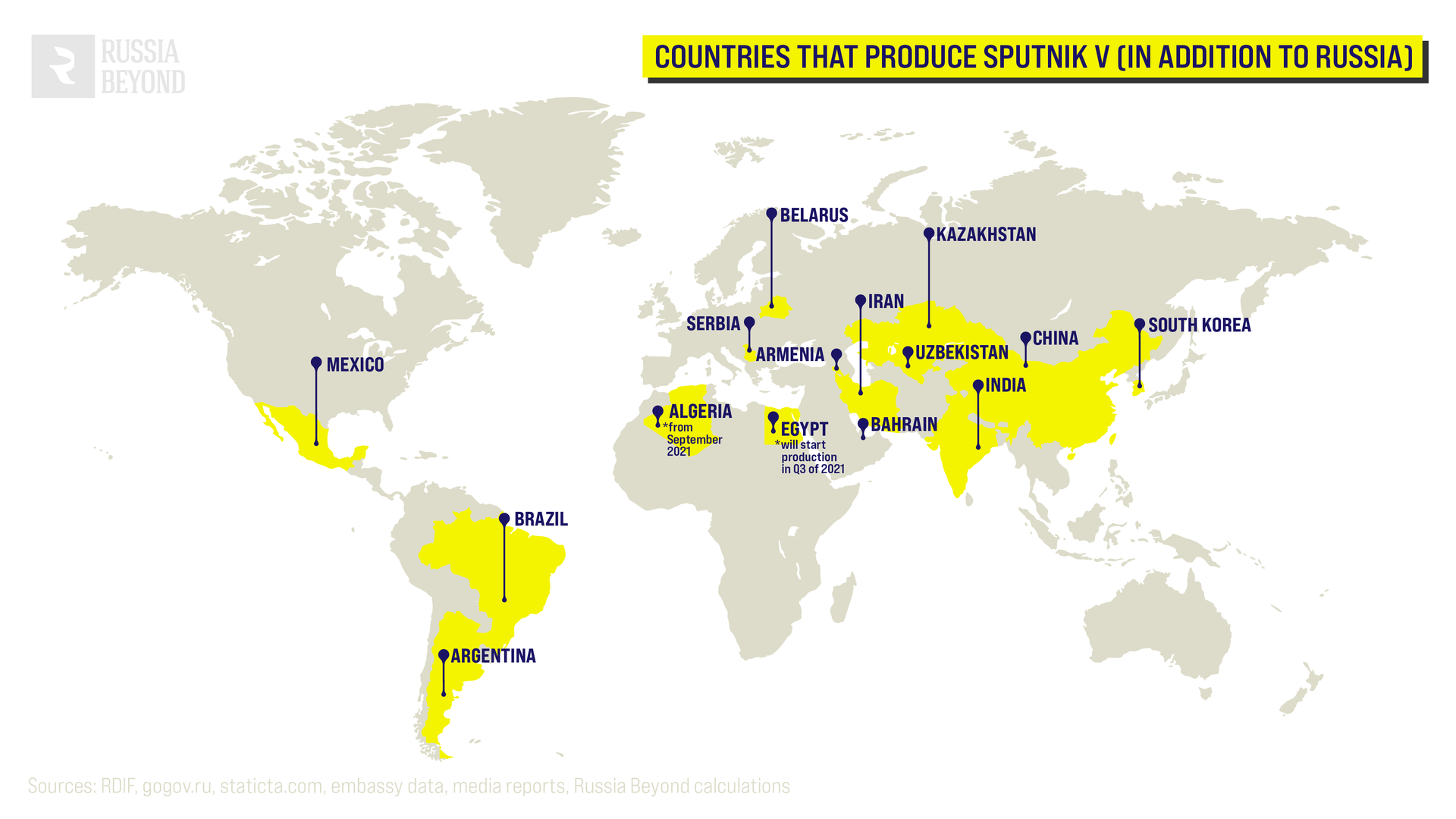 Exactly how much Russia will earn from the export of Sputnik V is unknown, for the same reason as stated above, i.e. because details of the contracts have not been disclosed and information on them has to be pieced together with various sources. For example, after the government of Slovakia published its contract for the Russian vaccine, it made it possible to find out the price of Sputnik V for Slovakia and Hungary: one dose cost them $9.90 and two, $19.90.